DrainsAid were recently tasked with rehabilitating a damaged pipe in a residential area in a small village in York. The section of pipe that needed repairing was part of a foul sewer and stretched from a residential cul-de-sac to an adjacent churchyard. In order to rehabilitate this section, 18 metres of new liner was installed and cured using a form of trenchless technology called ambient cure technique.

This project commenced with the team reviewing the working area and carrying out the point of work risk assessment before any activity began. This ensured that the risk assessment and method statement had identified and controlled all the potential significant risks. Any minor changes made due to site conditions were recorded and the team briefed accordingly.

The team continued by ensuring all traffic and pedestrian management was set out in accordance with the approved code of practice. This was important in this project due to the residential nature of the area. The management set up ensured both residents and any passing traffic kept clear of the site and it therefore remained safe and secure. It also meant that the cul-de-sac road could remain operational as to not cause any undue disruption.

Once the relevant traffic and pedestrian management measures were established the team then surveyed the section of pipe to be lined using one of our CCTV push rod cameras’. This enabled us to establish flow conditions, map any connections and assess cleaning requirements. Following this survey it was established that part of the section of pipe was blocked by tree roots. These tree roots had to be removed before the pipe could be lined. To do this our team inserted a Hachler robotic root cutter into the pipe to cut away the roots. The team then opened up a second manhole cover located inside the churchyard. Following this they jetted the sewer using a high pressure water jet. This flushed out the roots causing the blockage and the team were then able to remove the roots from the second open manhole. To ensure that all the roots had been removed the team carried out another CCTV survey, only once it was established that the pipe was cleaned did the team begin prepping the liner. 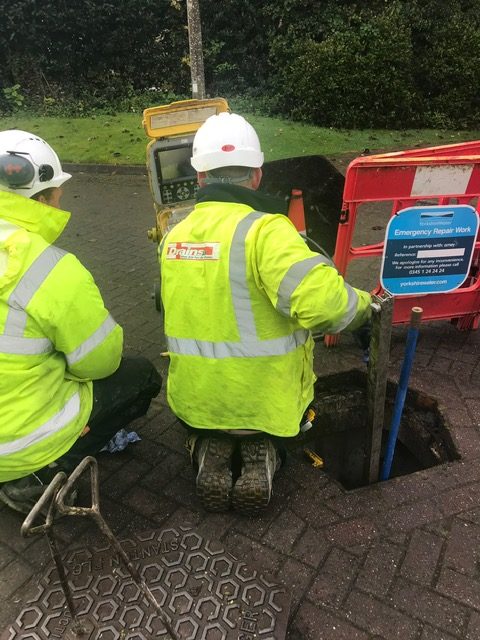 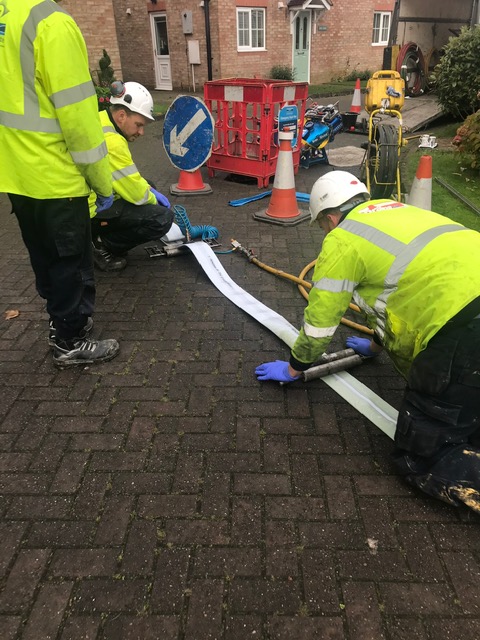 The resin was then mixed in a well-ventilated area, with one component being added at a time. A new component was only added once the previous component was fully mixed in. Once the resin was fully mixed it was poured into the felt, with the liner being held at 90° until the vacuum had taken hold. A small pinch roller was then used and run along the full length of the liner to ensure that the correct amount of resin was in the felt and that it was distributed evenly. 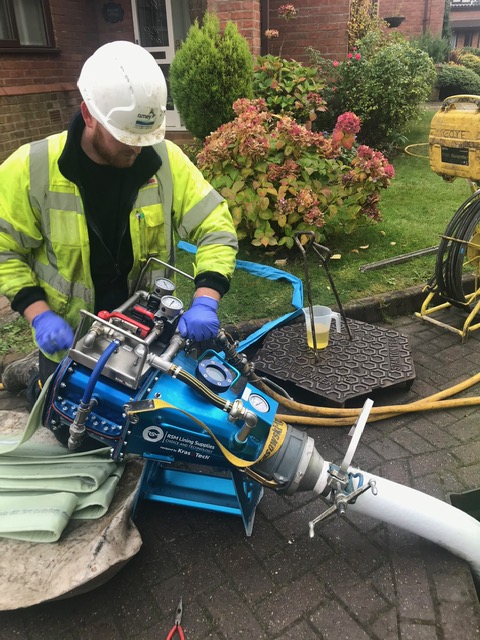 After the liner was installed our operatives had to wait for it to ‘cure’. This is where the resin hardens and forms the new pipe within a pipe. The time which the liner take to cure varies for each project but is continuously monitored to ensure that the time is assessed accurately. One of the visual checks undertaken is to monitor the mixing containers once the resin in those containers has fully cured, which for this project took an hour, was it considered to let the air out of the inversion drum. The calibration hose was then retracted from out of the newly cured pipe. For this project there were no lateral connections that needed re-opening following the curing of the new liner.

A final CCTV survey was then undertaken on completion to ensure the installation and curing of the new liner had been a success. Following the completion of this CCTV survey the team took the site down and removed the traffic and pedestrian management in place.

If you have any drainage problems that we could help with then please contact us on 0800 0180123 or at service@drainsaid.com. Find more information on our full range of services at https://www.drainsaid.com/. 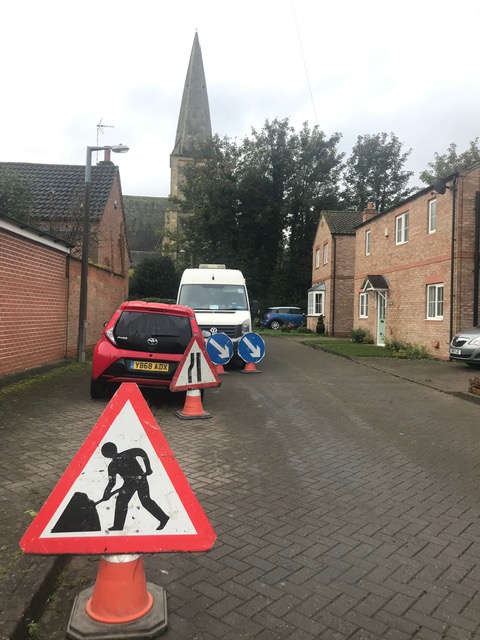 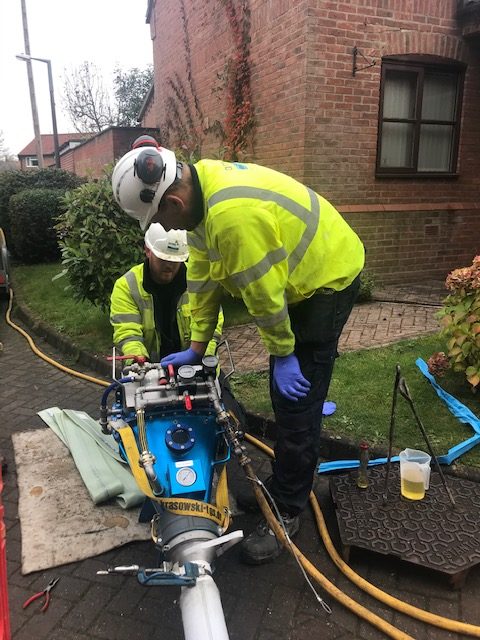