The blockage team at Drains Aid were recently called upon to carry out essential work at a busy airport in London.

The airport was suffering from repeated flooding on the runway, which was having an affect on normal operations. It was vital that this issue be remedied in a timely manner, however there was also a huge highlight on the health and safety of all those involved due to the nature of the site.

When the team arrived on site the first task they carried out was a thorough CCTV inspection of the sewer pipes beneath the runway to find the cause of the flooding. The team discovered that there was a large amount of concrete and scale build-up which was restricting the flow, creating a back-up and consequently lead to the flooding of the runway. There was also a large number of intruding connections which exacerbated the issue.

The next step was to clear the concrete and scale build-up using a Recycling Jet-Vac Tanker. Once the pipes were clear of the scale and build up were to cut out the intruding connections. In total there was 45 intruding connections, which we removed using a Hachler HF200 robotic cutter.

As previously mentioned, there was a large health and safety consideration for this particular job as we were working ‘airside’. Therefore, all works was completed over four night shifts. By doing so we avoided any unnecessary risks, while minimising our impact on the normal day-to-day operation of the airport.

Once the work had been completed we carried out the final checks and once we were confident that the drains were now operating as they should we left the site.

DrainsAid are a leading supplier of commercial drainage repairs. To find out more about our services, including repairs, cleaning and trenchless re-lining simply call us on 080 0180123 or contact us here. 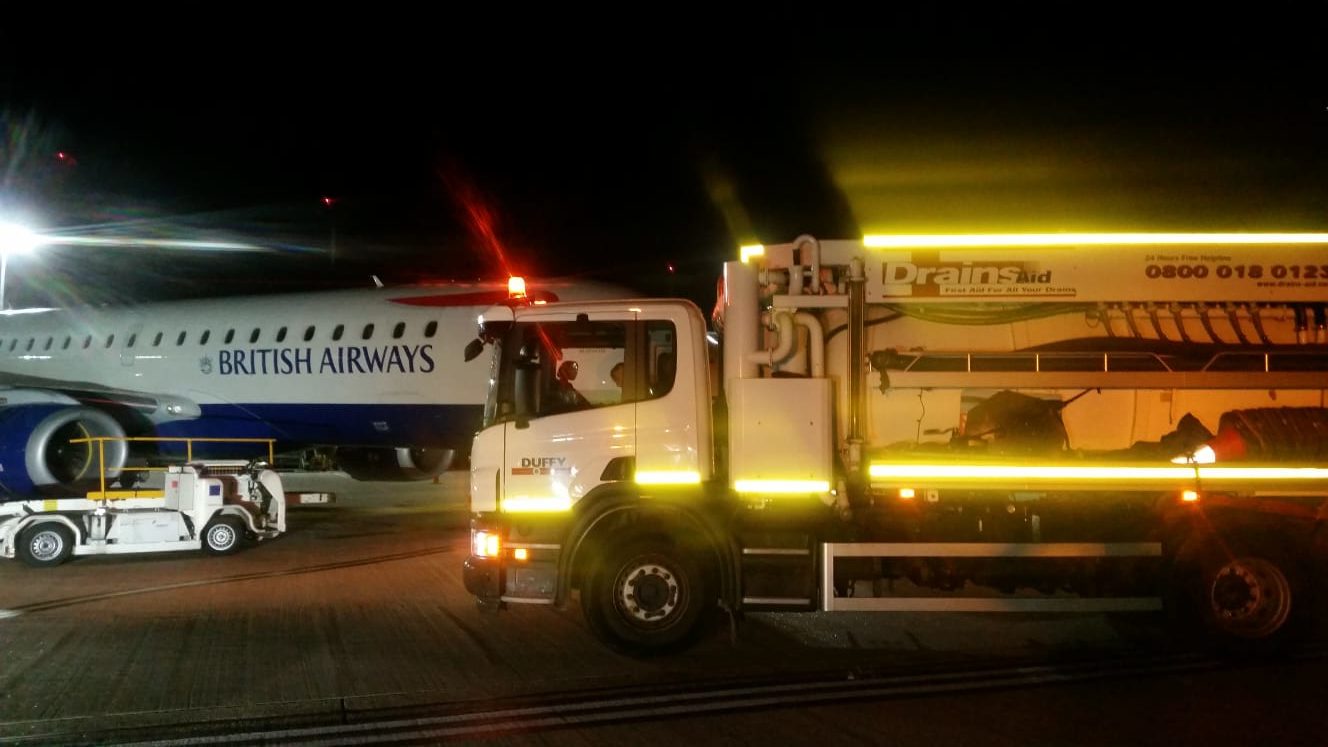