DrainsAid were tasked with the sewer repair of the drainage network serving the wave machine at Surf Snowdonia, Conwy, North Wales.

After a thorough CCTV investigation to establish flow conditions, the sewer was cleaned using our high-pressure recycling jet-vac tanker. The water recycling capability of this unit allowed us to continue the jetting process throughout the duration of the shift, without the need to refill with water.

This allowed for more productivity and shows why the recycling tanker is cost, time and fuel-efficient, as well as environmentally beneficial due to it’s reduced carbon footprint.

Once the jetting was complete, a second CCTV investigation was conducted to confirm the cleanliness of the pipe.

A robotic cutter was then launched from the set-up manhole to check the length of the liner required, and to identify the chainage and orientation of all lateral connections. This information was then ready for us to use to re-open the connections at pre-measured locations, once the liner had been installed.

By using a hot water cure method in combination with a polyurethane coated liner (for heat resistance) it would successfully rehabilitate the pipe, extending its life expectancy for a further 50 years. 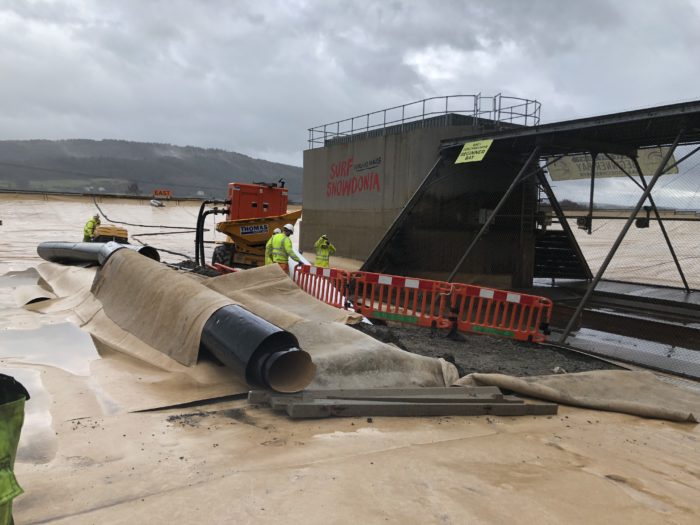 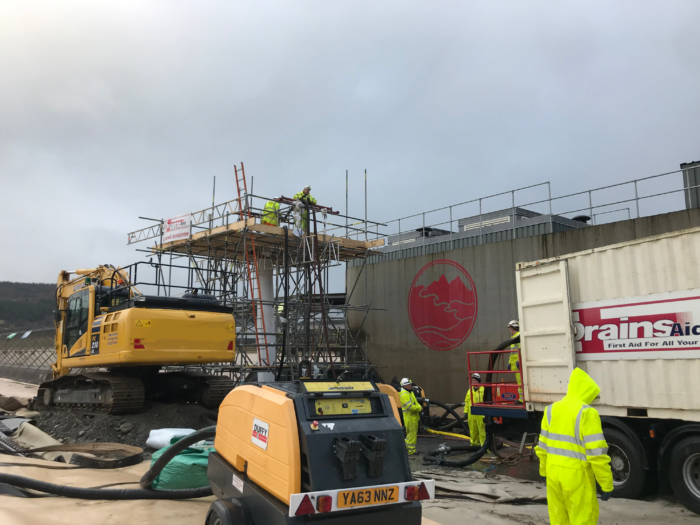 Scaffolding was erected over the inversion chamber to a sufficient height, to facilitate the head of water required for the specific liner being inverted. The team also prepared the liner by securing the ‘stop’ end with banding straps, rope and a burp tube to ensure all trapped air could escape prior to immersion.

The excavations were assessed and categorised as NC2, meaning emergency access consisting of a winch attached to the scaffolding, harness and escape set were required for each entry.

A gas detector was also tested and placed at the entrance of the manhole, before being lowered into the working environment for five minutes to check peak readings before entry was allowed.

A ‘top-man’ also remained above ground level at all times to operate the winch.

Prior to entry, each manhole was also inspected from the surface for visual defects, unusual smells or discharges.

Because of heavy rainfall, the excavation site required vacuuming, to drain as much water as possible from the inversion chamber and the sewer pipe. Originally this had been problematic; however we were able to use the excess rainfall to our advantage, re-using the vacuumed water as the high-pressure inversion agent when installing our liner.

Firstly, we decided to install a pre-liner into the defective pipe. Without this, the resin would likely be washed out by the water flow, therefore the curing process of the hot CIPP liner may have been unsuccessful.

We then installed the 102m x 600mm liner using water pressure. This process turns the liner inside out, leaving the resin on the outside and smooth coating on the inside. Holdback straps were attached to the site end, to aid control and ensure a steady inversion process. 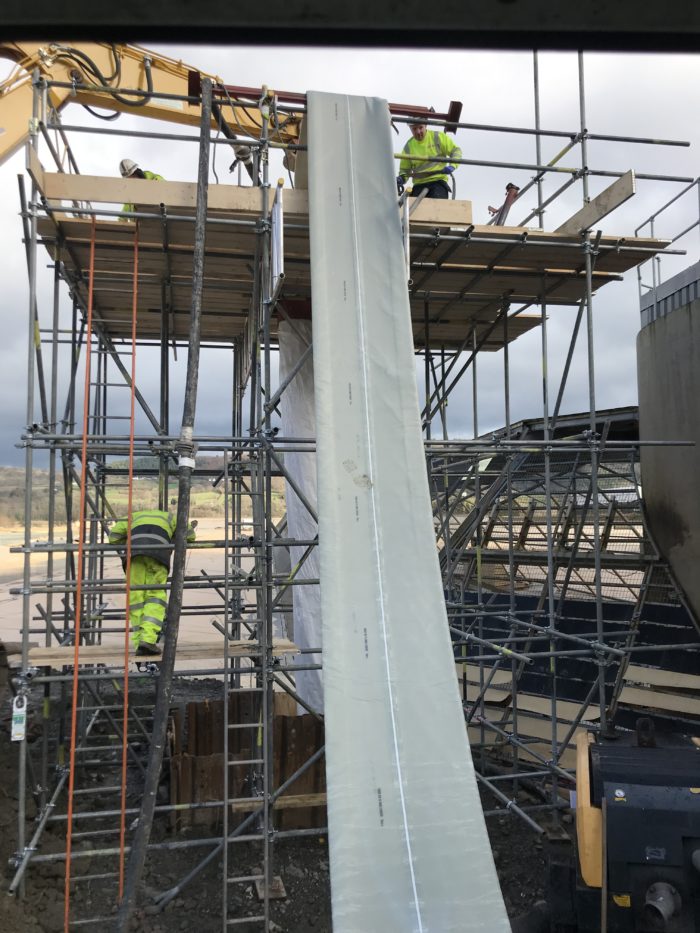 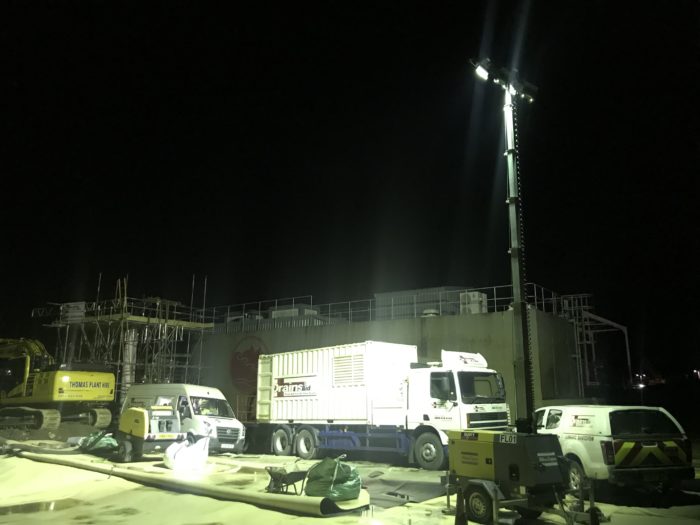 After curing, air driven chain saws and grinders were used to trim the ends of the liners in the manhole chambers, ensuring a flush finish.

A robotic cutter was then used to re-open each pre-measured lateral, before a final CCTV survey was undertaken to ensure all work was completed to a high-standard.

Our clients were very happy with the quality of our service and the completion of the works.

For more information about any of the drainage services we undertook at Surf Snowdonia, ring us on 0800 0180123 or use our contact form. 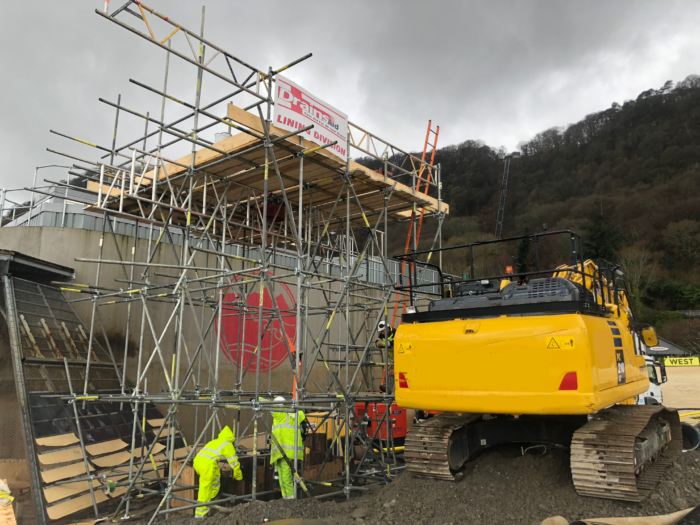 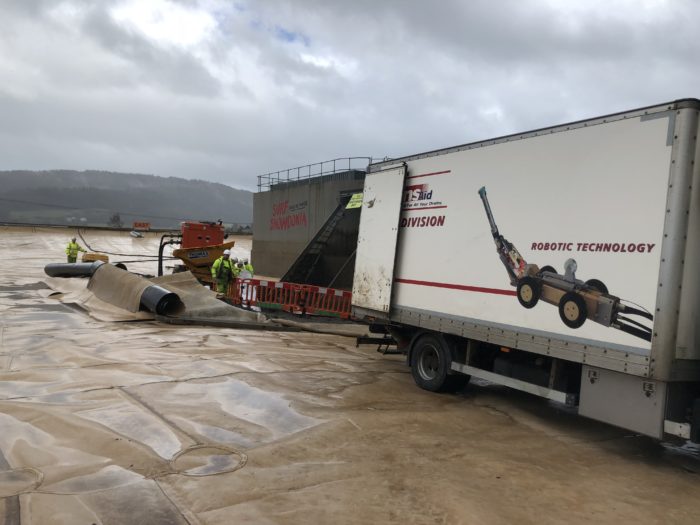