DrainsAid were tasked with rehabilitating a damaged pipe in a residential area in Leeds. This pipe was part of a combined sewer and was repaired using ambient cure technique. This CIPP technique uses the ambient temperature of the drain alone to cure the new liner, thereby reducing the amount of equipment needed on site. Our team laid 10 metres of 150mm diameter liner to successfully rehabilitate the damage.

The preparation and method of working

When the team arrived on site they commenced by carrying out the point of work risk assessment, to ensure that the risk assessment and method statement had identified and controlled all the significant risks. The team then had to ensure that all the traffic and pedestrian management was set out correctly. 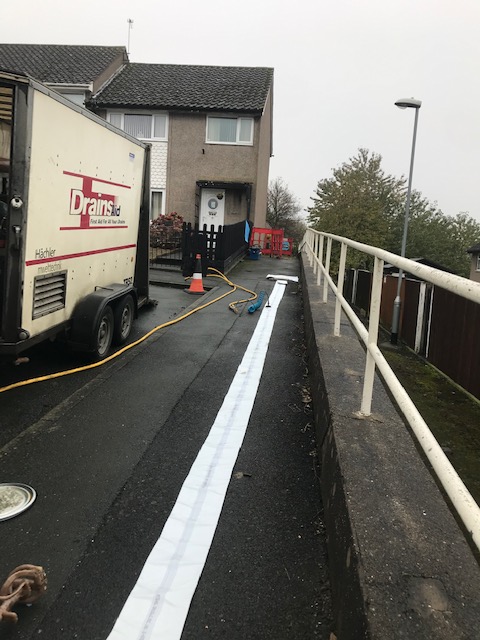 The sewer that was to be lined was then surveyed using one of our push rod CCTV cameras. This enabled the team to establish flow conditions, map connections and assess cleaning requirements. The team then jetted the sewer using a high pressure water jet, before carrying out a second CCTV survey to confirm the cleanliness of the sewer.

The team turned their attention to prepping the liner and mixing the resin. The team prepped the liner by making a series of small incisions along the full length of the liner. This was done so that a suction cup, connected to a vacuum pump could be attached over the incisions, which aided an even impregnation of the liner. The team then mixed the resin, adding one component at a time. Once fully mixed, the resin was poured into the felt. The team then used a small pinch roller to ensure that the correct amount of resin was evenly spread throughout the felt.

Once the liner had been successfully inserted into the carrier drain our team waited for the liner to ‘cure’. This is where the resin hardens and forms a new pipe within a pipe. The time that this takes varies for each project and is dependent on such things as resin mixing ratios and the air temperature on the day. One of the visual checks undertaken was to monitor the mixing containers. Only once the resin in these containers was fully cured did the team consider letting out the air from the inversion drum. The calibration hose was then retracted from out of the newly cured pipe. Following the complete curing of the new liner the team had to re-open one lateral connection, using one of our robotic cutters. 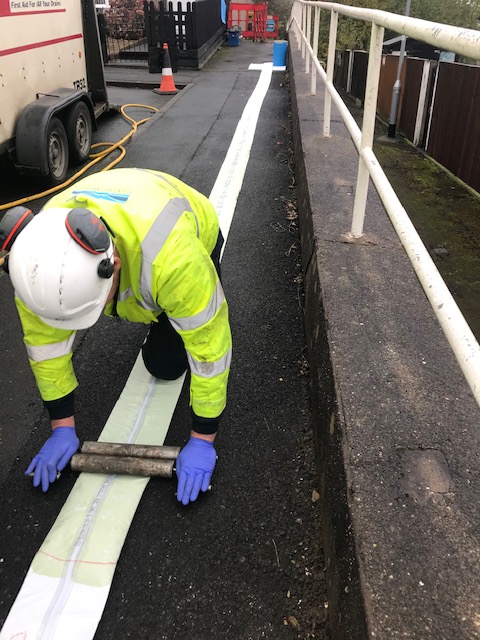 The team finished this project by completing a final CCTV survey to ensure the installation and curing had been completely successful. They then removed the traffic and pedestrian management that was in place.

Another successful project for one of our teams, utilising CIPP trenchless technology.

At DrainsAid we are specialists in trenchless technology, meaning we have a variety of techniques which can help with a range of drainage issues and emergencies. Please get in contact with us to find out more about how we can help you. 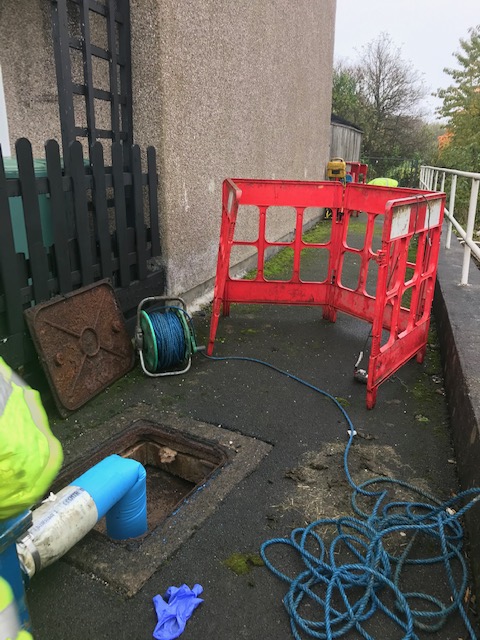 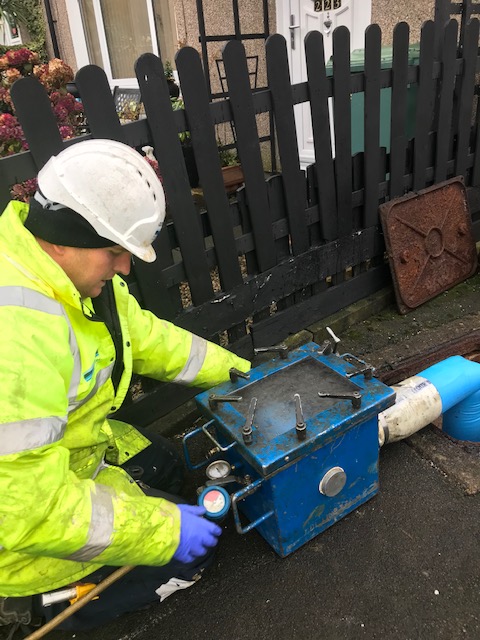