What was the task?

DrainsAid were tasked with altering the invert level of an existing manhole in order to re-route the existing sewer with satisfactory fall, whilst still taking the upstream flow. We were then tasked with forming a new sewer connection to the main highway to take both lines. This arose due to the existing sewer having insufficient fall which was causing it to back up. This project was undertaken in a residential area in Hull and came under our Section 106 sewer connection service.

How was the project undertaken?

Our team commenced this project by establishing traffic management, pedestrian barriers and Heras Fencing. Our operatives marked out the area of excavation and carried out a CAT & Genny survey to identify and mark up the location of buried services in the area.

The team then had to cut and break the road surface and begin excavating to a depth of 2.5m. At 1.2m shoring was inserted to a standard temporary works design for 3m deep sheets and walers.

Once located, the existing 150mm combined sewer was cut and connected to using a 150m x 100mm junction. The team were conscious to free up public highways as soon as possible. They therefore dug down in the road, carried out the sewer connection, laid the 100mm clay sewer until they were back on private land and off the public highway. The sewer level was checked by an engineer in order to ensure sufficient fall was available for the remaining sewer lay. The excavation on the public highway was backfilled and reinstated as soon as possible. 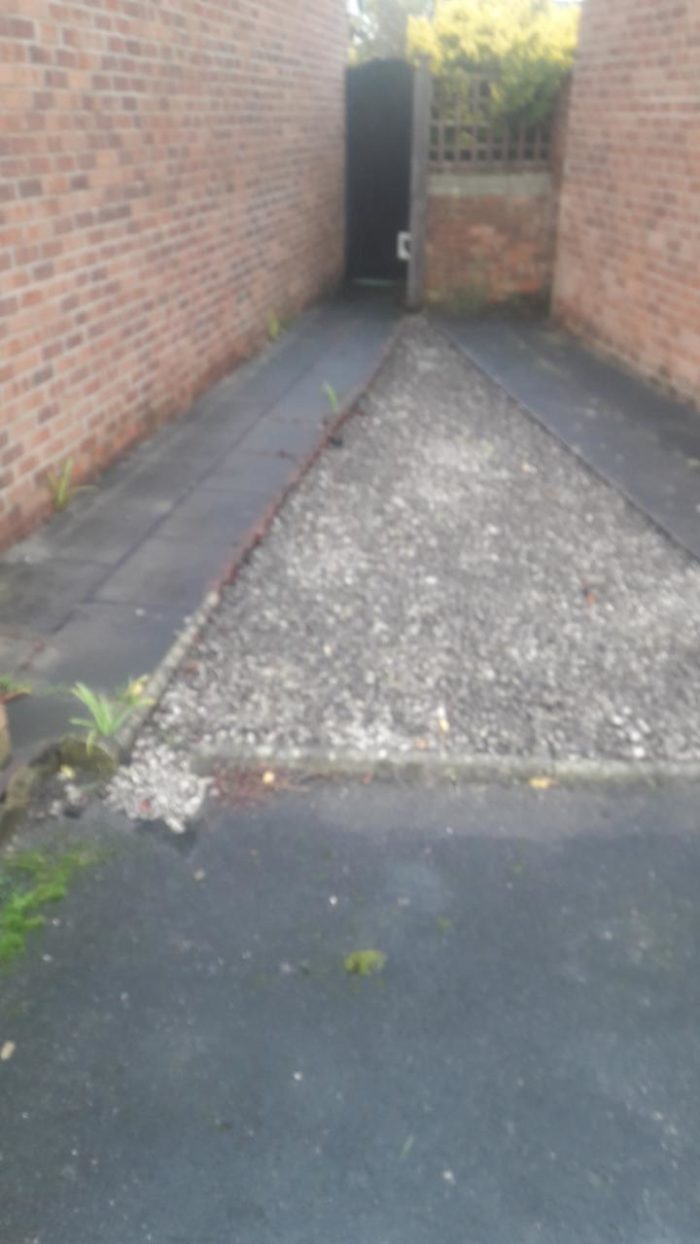 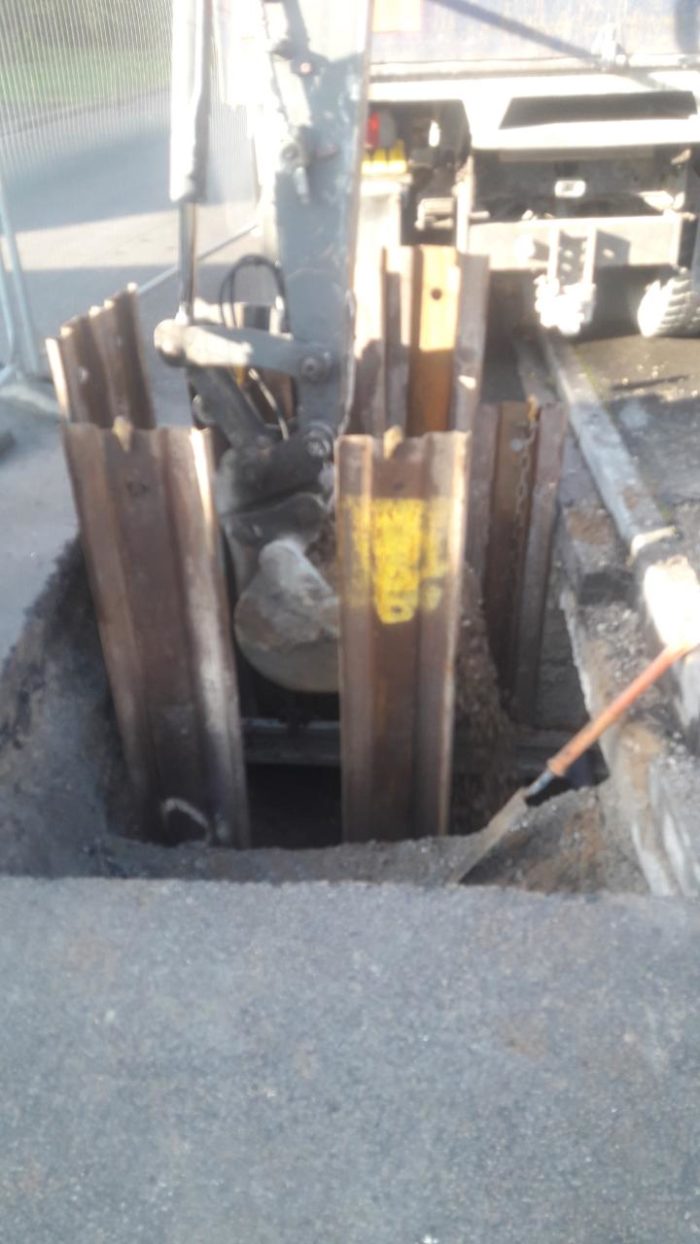 The excavation and sewer lay was then continued back to the gardens at the rear of the properties. As the excavation on the highway was progressing a second team of operatives broke out and rebuilt the manhole behind one of the properties and raised its invert level, in order to make it the head of the run. This work was carried out simultaneously in order to reduce the project’s duration. We then laid new sewer to flow in the opposite direction to the existing sewer, back to a point between the two properties where the existing sewer was connected with the junction and both were directed toward the new sewer connection.

An engineer was again utilised to take levels and ensure sufficient fall on all the lines. The sewer was then connected to the sewer lay from the highway, completing the sewer connection. The excavations in the gardens and driveway were then backfilled and reinstated to match the existing surface level. 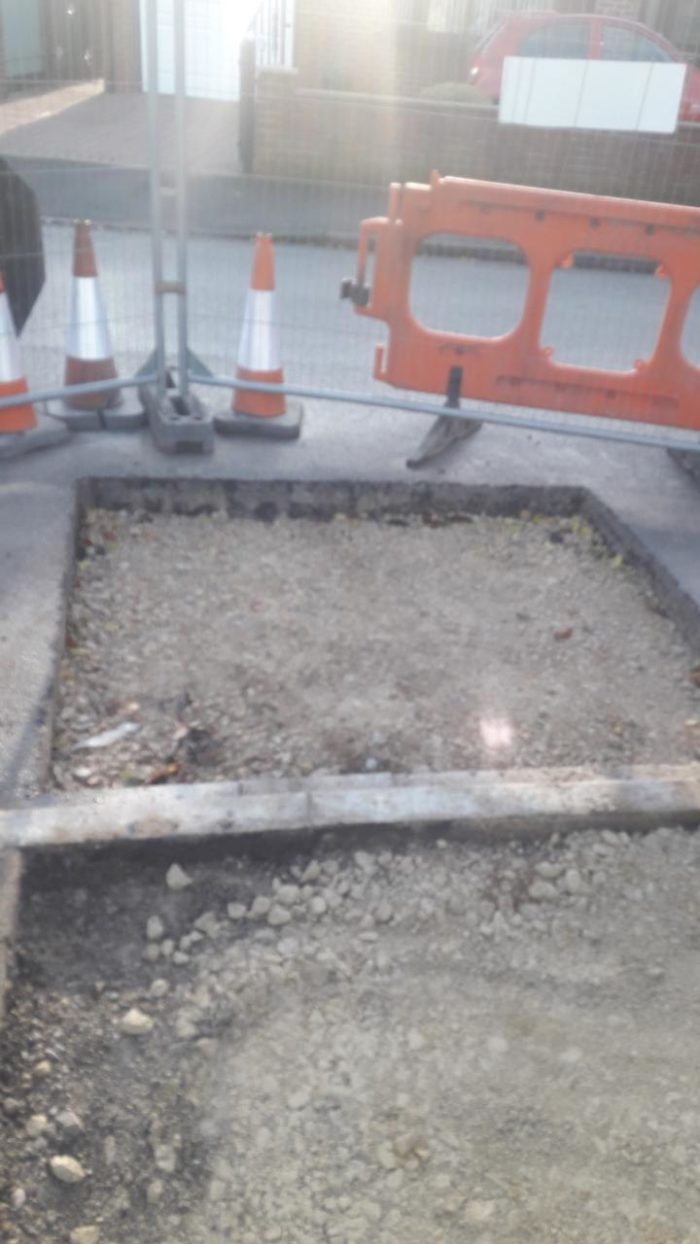 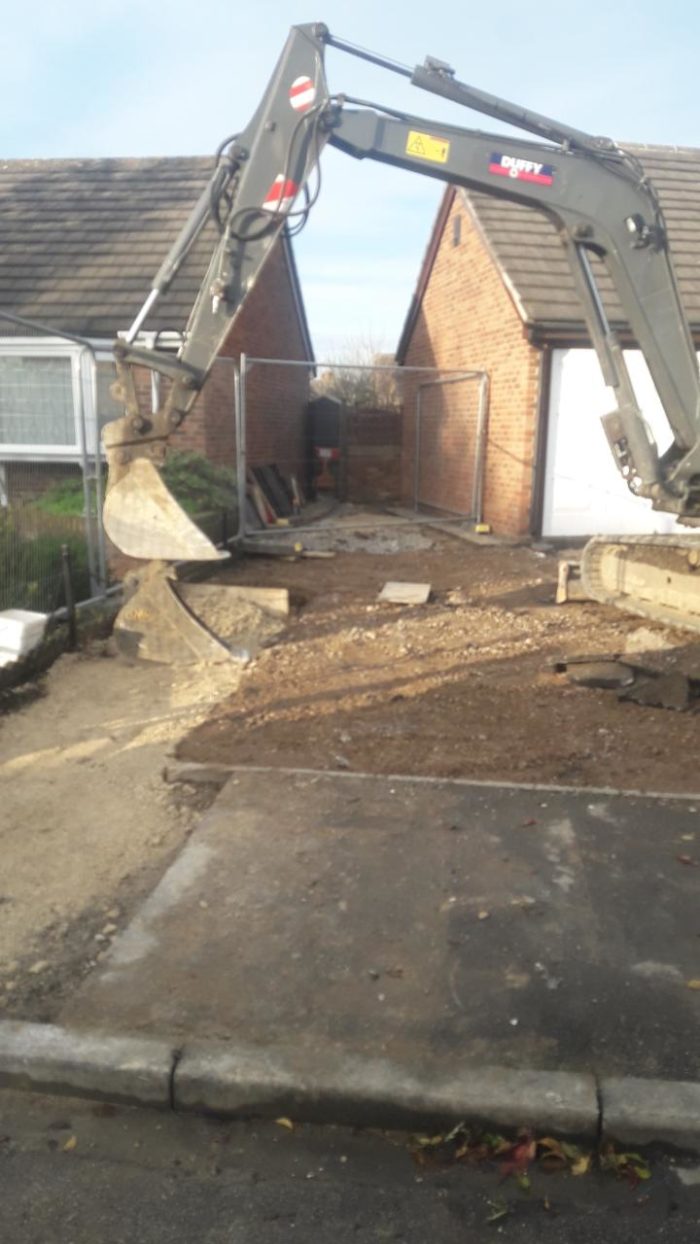 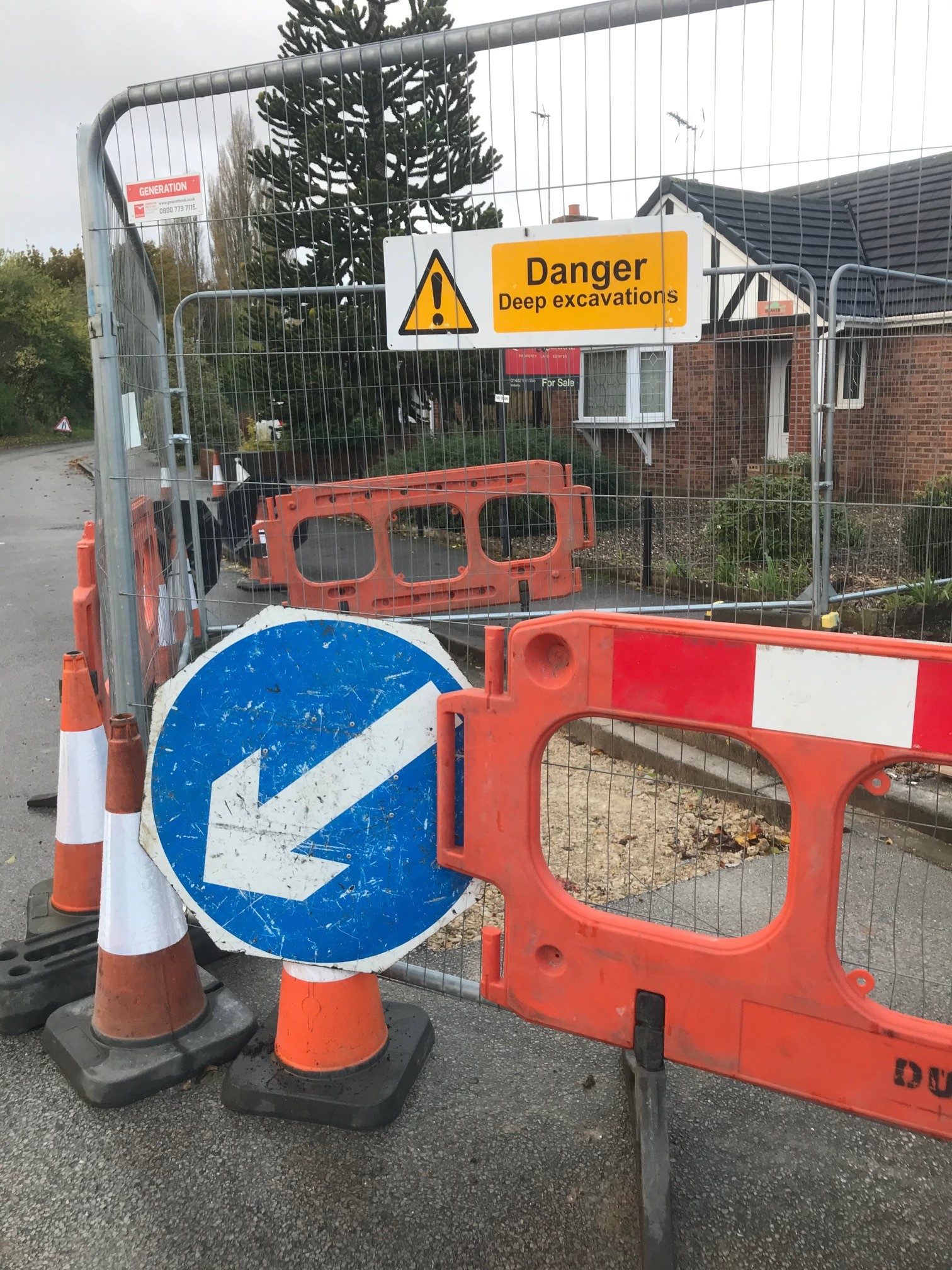